Hidden Gems and the race to find them: Discover quests and challenges in your city and compete for the grand prize!

Have you ever been walking around your city, exploring and taking in all the sights and sounds, when you stumble upon something amazing that you had no idea was there? Maybe it's a tucked-away restaurant with amazing food or a little-known park with a beautiful view. Whatever it is, suddenly you feel like you've discovered a hidden gem. And as luck would have it, you're not the only one who knows about it – because now there's a race to find these gems before anyone else does!

Have you ever been walking around your city, exploring and taking in all the sights and sounds, when you stumble upon something amazing that you had no idea was there? Maybe it's a tucked-away restaurant with amazing food or a little-known park with a beautiful view. Whatever it is, suddenly you feel like you've discovered a hidden gem. And as luck would have it, you're not the only one who knows about it – because now there's a race to find these gems before anyone else does!

That's why I'm excited to share a new trend that is happening in cities all around the country: hidden gem quests. These quests are like scavenger hunts, but for adults. They usually involve finding small businesses or unique attractions in a city and then completing a challenge (like taking a picture or answering a question) in order to earn a prize. I've done several of these quests myself and they're a lot of fun! In this blog post, we'll be talking about hidden gem quests – what they are, how to find them, and why they're important. But most importantly, we'll be giving you all the tools you need to start discovering your city today!

Hi! My name is Parsa and I'm the co-founder of Dyne, and this is the third of a 5 part series on how Dyne helps you connect with friends old and new, discover the best hidden gems and events in the city, get rewarded with coupons and gift cards, and how we help you create communities based on your interests. The topics are as follows:

A bit of background on Dyne, hidden gems, and quests in your city

Dyne is a gamified app that encourages questing and exploration and rewards curious users with points, prizes, and badges. It's the perfect way to discover hidden gems in your city! Dyne turns every urban environment into a playground, with special missions and challenges to complete at popular landmarks. Whether you're checking out a new restaurant or hiking up a local mountain, Dyne makes it easy to add excitement to your everyday routine. And the best part is that you never know what you might find - Dyne could lead you to a hidden waterfall, a secret art installation, or even a friendly neighborhood cat! Every month, the person who has done the most quests get a grand cash prize! Even better, as you do more quests on Dyne over time, you will begin to level up and unlock more exclusive quests with bigger rewards and findings! So what are you waiting for? It’s time to learn how to start questing with Dyne

How to find quests and what they entail

Dyne is a social media platform that wants to help connect you with your friends and find new ones - while avoiding the toxicity and insincerity of the big giants. To help with that, we are launching a new feature called Motives! Dyne is always on the lookout for adventurers and spontaneous individuals to introduce to our quests! To find out what Dyne has in store for you, you can use Motives to find quests that align with your interests.

What is a motive you may ask? It’s a grouping of similar interests, ie the great outdoors or fitness enthusiasts.

What do motives do? Motives are an easy way to get started instantly on Dyne and connect with communities of people just like you! When two people share the same motives, they can access motive-exclusive events, chats, and quests. All you have to do is enter your interests and Dyne takes care of the rest!

You can see a full demo in the video here, but we also walk you through it in the next paragraph just in case! Here’s how it works:

Create an account on Dyne and enter your interests. You will then be shown a catered selection of motives that may peak your interest, after selecting one, you will see four options: “People”, “Quests”, “Chat”, and “Events”. This article is a standalone one all about Quests. Regardless, I recommend you check out our previous article here before reading on. The cool part about quests is that you don’t need to know anyone on Dyne to get started! Click on the “Quests” button to get started and see all the adventures and scavenger hunts in your area. You can either use the map page or the quests page to see them all. Some quests are as simple as adding friends on the app, but the really fun ones are when you don’t even know where the finish line is and have to rely on your detective skills to find the spot in question. Choose a quest and select “Confirm Entry” to be notified of the start date, end date, and to be able to invite your friends to join you. You can even get a glimpse of who the competition will be before you start!

Once you start the quest, you can get clues as to where to go next from the map. With adventure-type quests you will see a marker at the exact location of the hidden gem, whereas with our scavenger hunts, its a bit more tricky with a radius drawn near the destination and the proximity shown just like a game of “hotter, colder”. Once you get close enough to a quest’s destination, Dyne automatically detects it and completes the quest for you, while giving you an in-app reward, levelling up your account, and putting you one step closer to the monthly cash prize!

Examples of hidden gems and quests

Now you may be thinking, this sounds a little too good to be true, can’t I just Google places near me and see the same thing? Well you could certainly try, but you most likely wouldn’t find what you’re looking for. In fact, our team puts every quest through the “Secret Test” - a multi-step process of ensuring that our quests are in-fact leading to hidden gems that aren’t discoverable to the naked eye. One hidden gem we help users discover in one of our cities is a secret Taco Shop (we can’t tell you which one exactly to keep it a secret!) that from the outside looks like a warehouse, sitting in between two dumpster, in a back alley. But from the inside you find some of the cities most innovative bites and tongue-scorching hot sauces! And there are hundreds more spots just like this all on Dyne, from secret foodie havens to speakeasies to viewpoints!

Then you may ask, well why don’t I let someone else do it first on the app, and I can just follow in their footsteps? And again you definitely could, but then you lose two things. First is that you lose the fun of the chase, getting to assert your sleuthing skills and live the adventurous life you have always wanted. Second is that you will not be able to compete for the grand prize every month! You see, every month we rank all Dyne users on how many quests they completed and how quickly they did so, and the top 3 adventurers each get a big prize from Dyne - from gift cards to coupons to cold, hard cash. But don’t get too discouraged! There’s still plenty of low to medium tiers rewards redeemable to all other users who do quests, with the value of these rewards getting bigger and bigger as you do more and more quests!

Some tips and tricks from our past winners

We want to make sure each and every member of the Dyne community has a equal fighting chance in their questing experience, which is why we’ve reached out to some of our Grand Prize Winners from the last couple of months to get their tips and tricks so that you can win just like them!

Jason, our winner from May 2022, who won an exclusive dinner for two for him and his girlfriend at a 5 star restaurant, told us that the most important thing was to “start early, and quest with your squad”. He realized that our ranking system favored those who did the quests first, and so he researched all the available quests for the month, scheduled them into his calendar, and made a point of taking his friends with him on each quest so that they could all benefit while having fun together!

Amy, our winner from June 2022, who won free burritos for 6 months from Chipotle, said that “it really helped to use Dyne’s quest tracking system along with the map page to scout out 4-5 quests out every weekend, and then being able to make that family bonding time was an awesome bonus!” When we heard this, we at Dyne were thrilled because it showed us that not only were we able to provide fun activities fit for all ages and interests, but that by using the app, users were able to find and complete quests faster and more efficiently.

So, what are you waiting for? Get out there and start Dyneing! (Did you know that was the word for “exploring” in Dothraki?) We hope you’ve enjoyed this little taste of what hidden gems and quests can add to your city explorations. Be sure to download our app so you can hit the ground running – or should we say horse-riding? – when it comes time to explore on your own. And who knows? Maybe you’ll be the first one to find the next big quest hiding in plain sight in your city or even become the grand prize winner. Ready, set, go! 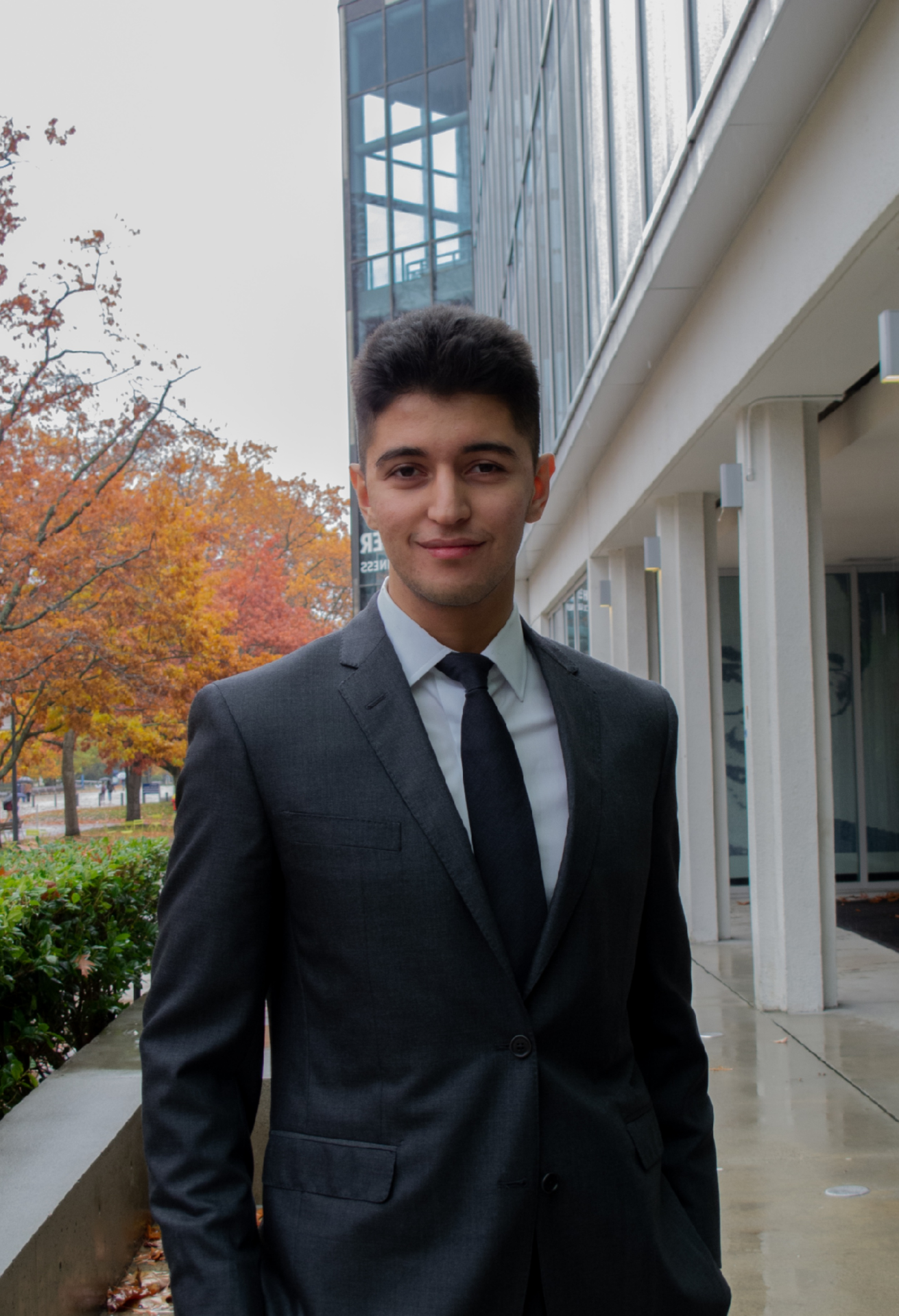 Dynin' Out with Tim Johnson!

Join us as we explore the convergence of love and technology with the CEO and COO of Couply, an innovative platform that blends the timeless wisdom of the Five Love Languages with cutting-edge technology.

Dyning' Out with Pranav Menon!

Join Pranav Menon as he discusses mentorship, personal growth, and his love for food. Discover new dishes and experiences in this thought-provoking podcast! 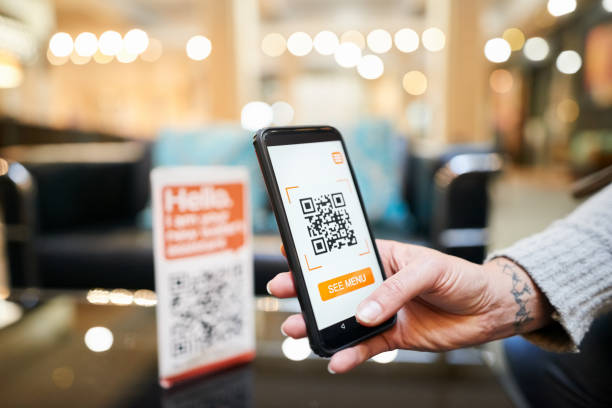 Are Digital Menus the Future of Restaurants?

The restaurant industry is constantly evolving, and digital menus are the latest innovation to revolutionise the dining experience. Digital menus offer a variety of benefits that make them an attractive option for restaurants looking to modernise. Are they the future for restaurants?

The latest foodie news, to keep us connected

Sign up for our Foodie Newsletter for the best deals and hidden gems in your city!

Thank you! Your submission has been received!
Oops! Something went wrong while submitting the form.